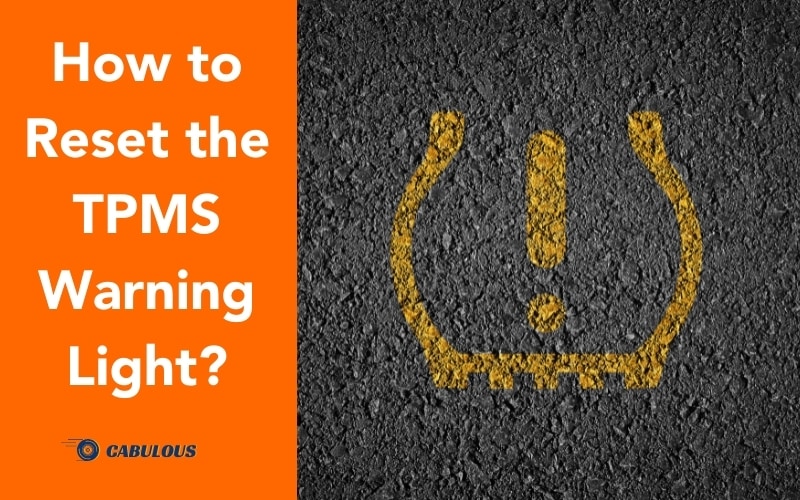 The Tire Pressure Monitoring System (TPMS for short) is a mandatory option fitted on all the cars in the US since 2007, so there’s a good chance that you’ve bumped into it in one way or another. Its warning light isn’t a welcomed sight in the slightest, and you can’t seem to be able to get rid of it even if all the tires are all alright.

Well, to reset the light, you can press the TPMS reset button for a little while until that warning light flashes 3 times. The button should be located just beneath the steering wheel in most cases, but if you can’t seem to find it, just consult your manual. After you’ve driven the car for a little while and everything is alright you might find that the. If that’s not the case, here’s what you should ultimately do.

But first, a bit of explaining. The Tire Pressure Monitoring System is used to let the driver know if obviously, their tire pressure is too low, or if the pressures aren’t distributed properly on all the tires. Such cases are both dangerous, leading to thousands of crashes a year due to low grip from decreased tire pressure, and for quite a lot of extra pollution. An underinflated tire will use more fuel due to increased rolling resistance. This is enough to cause a huge increase in fuel consumption when looking at a whole fleet and not an individual vehicle. Lower fuel consumption dictates a better environmental efficiency, so plant Earth can rejoice in slightly cleaner air. When danger is concerned, in the European Union, 9% of all crashes are estimated to have taken place due to an underinflated tire. In the early 2000s America, there were a bunch of accidents that happened due to low tire pressures which resulted in a blowout. A blowout can be devastating, having the ability to make you lose control of the car so bad that the car flips over. This is the reason why the system is mandatory nowadays: to improve the safety of everyone on the road along with making it a slightly greener place.

To reset it, the most basic way is to try and reset it manually via the TPMS switch located under the steering wheel. If you keep it pressed for a little while and it blinks 3 times, the system should’ve reset itself successfully. If you can’t seem to find this TMPS switch, consult your car’s manual and see where that switch is located. If you drive for a few tens of minutes and the warning light still shines as bright as a diamond, then there’s another issue going on. Check to see if all the tires are inflated the same, and that includes the spare tire. The spare usually also have a TPMS sensor, and if that tire is overly deflated it will also trigger the light. Newer and smarter cars can show you the pressure in real-time on their infotainment system, and you can check the spare from there. In any case, check the spare wheel too, if that’s deflated then inflate it to the required specifications and reset the system again using the button.

If that still doesn’t work and you’re sure that the wheels are in tip-top condition, feel free to give it a quick highway drive, around 10 minutes should be enough. This happens due to vibrations and whatnot which will reset the sensors which were temporary on the fritz.

If that still doesn’t work, you can try to reset the way they read that air pressure. Overinflate them evenly a bit, with like 3 or 4 PSI. After that is done, deflate them completely. This should tell the sensors that they are being deflated is a value of 0. This is the goal of it all anyway. When all this is done, including the spare, inflate them all to the correct air pressure and try and reset the light via the switch. You can also try all the other methods again after all this, like, driving for a little bit or letting the car idle in the hopes that it goes away.

Another method, which is a bit dumb but may work, is to disconnect the battery and press the honk for a little bit until the car uses all the remaining juice. By doing so, you’re hard resetting the sensors via the car’s calculator or at least attempting to do so as a last resort. If that doesn’t work, then your best bet is to go to a service and have the car looked over by a mechanic.

If you head over to a service, a mechanic can try and reset the light electronically. If that’s a “no can do”, then the mechanic can read in real-time whether or not the TPMS is working correctly. For all you may know, a sensor could read negative air pressure, be broken, or even disconnected which is enough to make the whole system work poorly. If the system is broken, no number of resets will be enough to make the warning light disappear. Your mechanic will inform you about the best course of action so you can make your best decision regarding your tires.

Bear in mind that the sensors have internal batteries and that they work wirelessly, for the most part. If the battery inside of them died due to age, then it’s natural that the system will throw you a warning light. 6-8 years is the average time span for such a battery. Seeing how the system was implemented in 2007, there are plenty of vehicles that are passable for a battery replacement. The sensor could be fitted on the outside of the wheel, which would make your life easier, or on the inside which makes the whole process quite a bit harder. Also, there are sensors that don’t have a replaceable battery. If such a sensor fails, you will, sadly, have to replace the sensor. 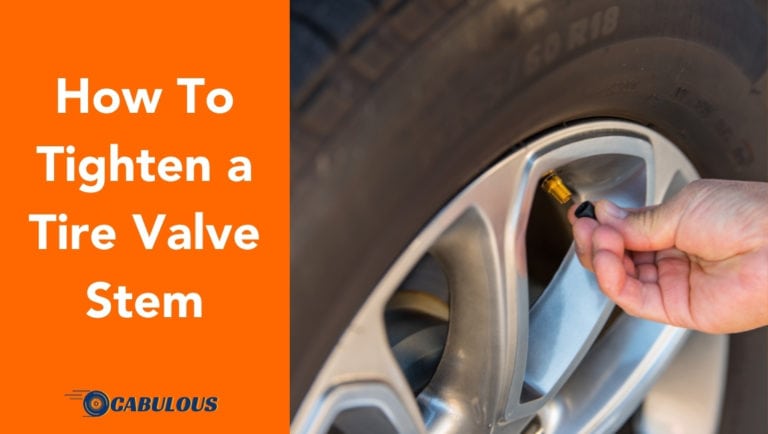 A valve stem allows air to enter or leave a tire. The tire’s inflation and deflation depend on it. However, there are some problems related to the valve. A major one is valve stem leakage. If the stem isn’t tightened, air can leak out of it. So, here’s how to tighten a tire valve stem and fix stem leakage. 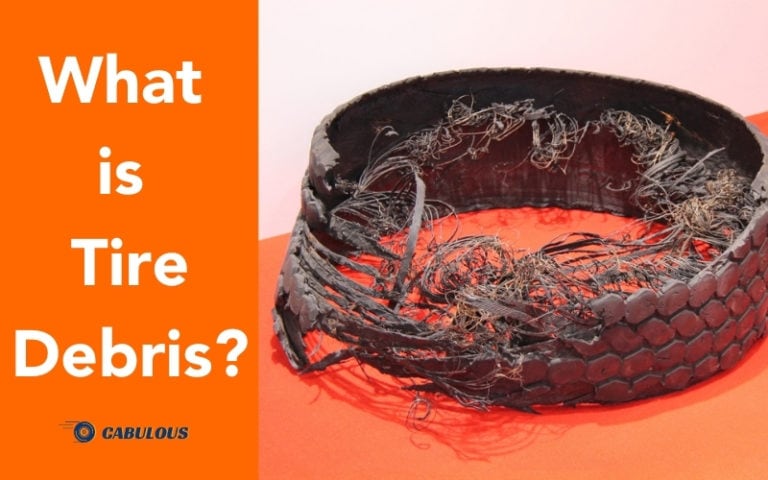 Sometimes, your tires may experience shredding and blowouts and leave chunks behind. Unattended, these pieces can cause serious accidents. The road gators are tread pieces from the truck tires and much bigger than tire debris, and therefore more dangerous based on their sheer size. Gators are pretty common on the highway. You see, high speeds… 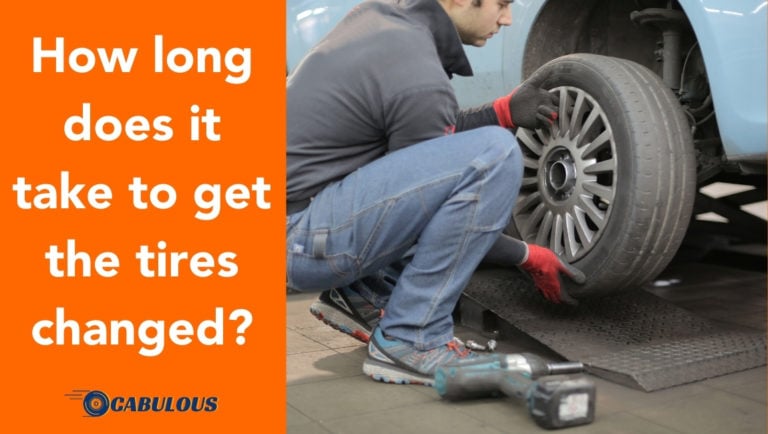 Well, to answer truthfully, between 40 minutes and an hour, at most. This mostly depends on how big the wheel is, how experienced the respective mechanic, and the most impactful, how packed that certain tire shop is. You can wait a bit until you get your turn, because if it takes 30 minutes to an… 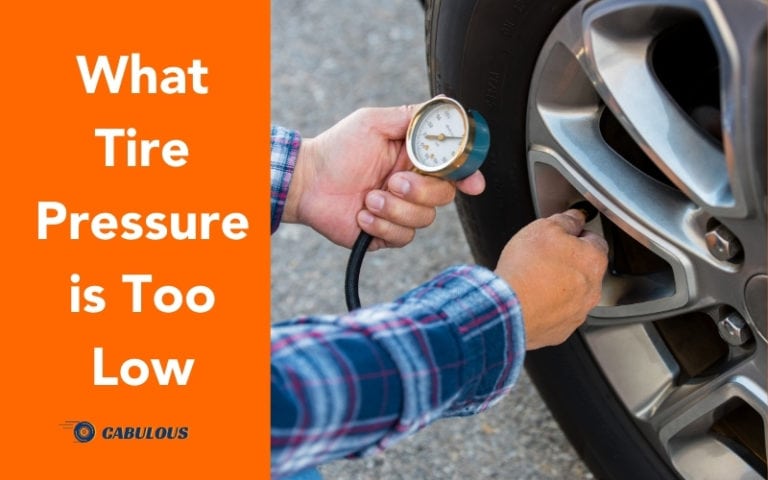 No less than 11,000 vehicle crashes are caused by tire-related issues in the US alone. Every year 200 people die in these crashes. Did you know that a car is three times more likely to crash in a tire-related accident if its tires are under-inflated by more than 25%? According to a survey by National… 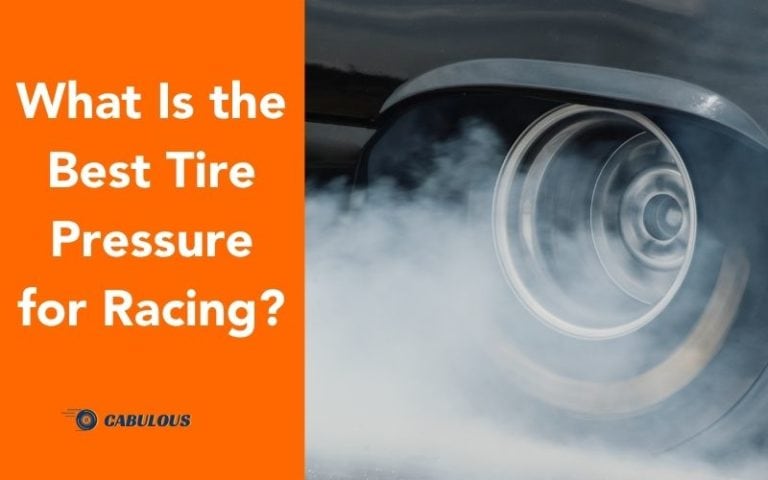 So, what is the best tire pressure for racing? Getting the right racing tire pressure is important if you truly need to beat your competition. Here’s how to do it and the factors involved. 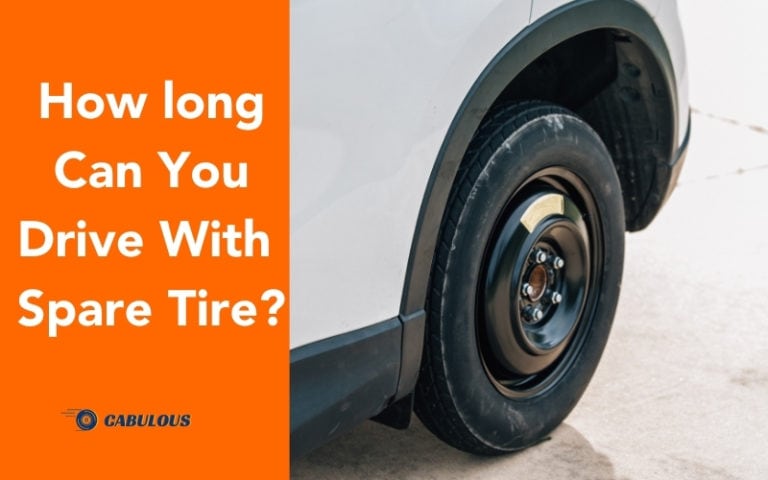 Like all things in life, it depends. If your spare tire is a full-size tire, then you can drive indefinitely, with the caveat that the tire isn’t 5-years older or more. In any other case, preferably it’s advised to drive as little on them as possible, whatever the fix may be. A space-saver spare or…