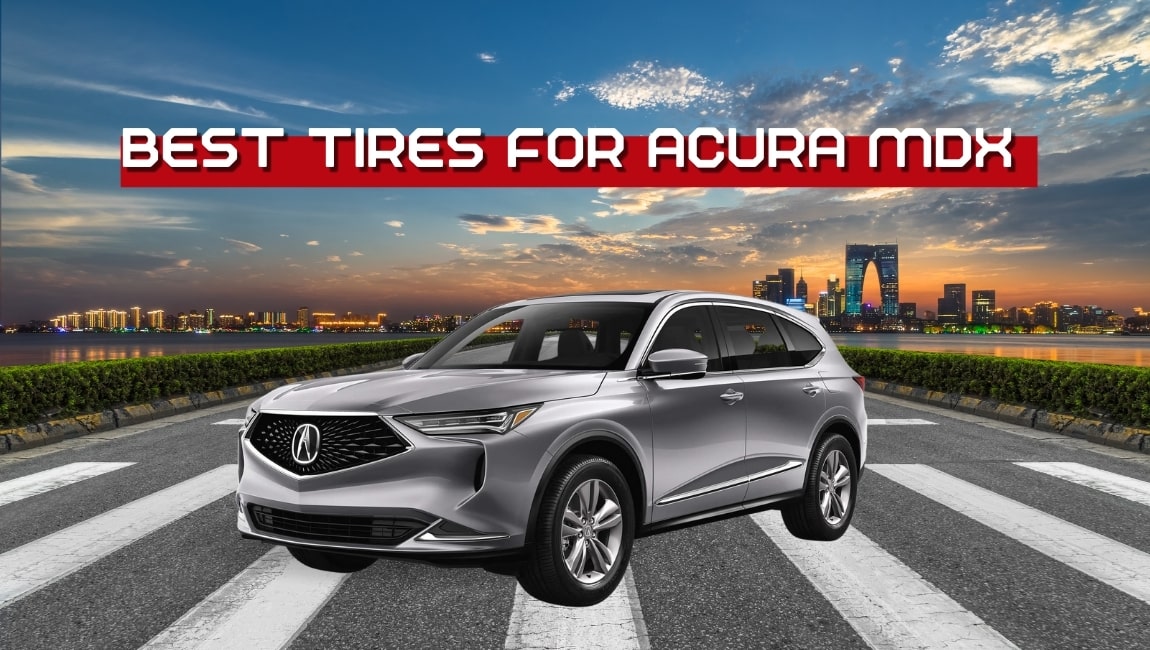 Tires are a crucial component of any vehicle, but sadly their importance is often underestimated. But it should also be mentioned that tires aren’t a cheap investment for many, and good quality tires are out of reach for many buyers. Nevertheless, this investment goes a long way in ensuring a comfortable & safe ride which is why the importance of good tires should never be undermined.

It is a well-known fact that, nowadays, SUVs & crossovers are the hottest trends in the automotive industry, so naturally there is an increased demand for tires for such vehicles. Acura MDX is a luxury three-row crossover that happens to be the best seller in its segment for several years. Therefore, here we will introduce you to the best tires for your Acura MDX, so you get the best driving pleasure out of your hard-earned money. Continental is a well-known German tire manufacturer that has a wide range of tires available for every kind of vehicle. Its CrossContact series is a premium lineup of tires designed & manufactured exclusively for crossovers and SUVs. The great thing about the LX25 series is its availability in 16-22” rim diameter which will allow you to fit these tires to any version of the Acura MDX. The LX25 being a touring all-season tire provides top-notch performance in all kinds of weather conditions while maintaining the ride comfort thanks to the use of an additional layer just for this purpose. Moreover, the usage of soft rubber compound and the next generation technology minimizes road-noise, thereby complementing the luxurious touch of your MDX.

Despite providing ample grip on dry and wet surfaces, the CrossContact LX25 lasts longer than other high grip tires which enables you to get the maximum out of hard-earned money. Lastly, the tire comes with a warranty of up to 6 years or 70,000 miles warranty that, needless to say, is ample to cover the entire time span for which they'll be used. It is a common fact that the majority of people aren't a fan of run-flat tires because of their rather harsh ride. But some do prefer them over simple tires and high-end automakers also use them as standard tires for their posh vehicles. The Pirelli Scorpion Verde run-flat has almost all the characteristics of run-flat tires, but it is important to remember that these are not full-fledged run-flat tires, instead, they incorporate the properties of a run-flat tire which makes them a good choice for all-season touring tires. Better handling characteristics and the ability to drive away even when a tire is punctured are their additional pros that can come in handy on a frequent basis. The Scorpion Verde tire will be good to go for up to 50 miles at a speed of 50 mph or less which provides ample time & distance for anyone to find a tire repair shop.

Optimum grip is provided by these tires especially on dry surfaces, the wide circumferential grooves are also well positioned to channel the water away which provides good wet traction on paved and loose surfaces alike. The environmental impact of tire production is a cause of concern for many, but thankfully the Scorpion Verde Series has been developed using special techniques that make them relatively more eco-friendly than others. Winter tires are a must for any car in cold climates even for an all-wheel-drive crossover like the Acura MDX. The importance of good studless ice & snow tires increases manifolds for front-wheel-drive versions and Continental's VikingContact 7 series is your best bet for all kinds of icy driving conditions. The VikingContact7 as the name suggests is specially developed to counter harsh Nordic winters which makes it an ideal choice for severe icy & snowy conditions. The secret behind this tire's exceptional performance in snowy and wet conditions lies in the canola extract used in the manufacturing process that delivers the flexibility required in cold temperatures for the tire to retain its braking & traction abilities. The unique tread pattern together with extra-wide sipes further bolsters the VikingContact7's defense against snow by allowing it to eat into as much snow as there is without running out of room for more.

The VikingContact7 also comes infused with Continental’s patent technologies such as ContiSeal & ContiSilent that help in sealing tire tread damage and reducing tire noise levels respectively. The winter tire comes with a limited warranty of up to 6 years. Cold weather shouldn’t be a hindrance for anyone wanting to get the best out of his vehicle and this is where Pirelli's Sottozero series comes into play. The unique brickwork siping extends both longitudinally and latitudinally and delivers maximum grip on icy & snowy conditions to performance crossovers & SUVs such as the Acura MDX. What a high-performance vehicle lacks instability in icy conditions is replenished by this tire that uses a mixture of new polymers & temperature control measures to hold on to the surface at sub-zero temperatures.

The Sottozero Serie ll meet the industry's severe snow requirements which provide the user with added satisfaction in harsh winter conditions. Winter tires often have the disadvantage of being only usable in snowy conditions, but these Pirelli tires are ready to take on dry & mild warm conditions easily which essentially means that you don’t need to replace them as frequently as other winter tires. Though the Acura MDX isn’t an ultra-high-performance crossover, it has enough power to warrant high-performance tires. A set of capable high-performance all-season tires such as Continental ExtremeContact DWS 06 are a perfect match to put down all of the horses generated by MDX's high revving engine. The advanced silica enhanced compound in conjunction with reinforced twin steel belt core delivers excellent grip & strength throughout the year thus giving you maximum control & confidence at high speeds and around tricky bends.

Despite the ample grip level, Continental claims a long tread life which is backed by a 6 year or 50,000 miles warranty, whichever comes first. Goodyear's subsidiary brand has got a great summer tire for your Acura MDX that delivers excellent performance on dry & wet surfaces and has the ability to withstand high-temperature levels in summer thanks to the use of a highly refined carbon black tread compound. The tread pattern ensures maximum road contact at all times and the spirally wrapped twin steel belt at the core ensures structural integrity at high speeds, thus complementing the athletic DNA of your MDX even in a hot climate without letting you worry about the safety of your tires. Being on a tight budget does not mean you can't enjoy good quality tires on your luxury Japanese crossover. Kumho is a Korean tire manufacturer that is well-reputed across the entire world, but it isn't as well known in the U.S as some other manufacturers but this certainly doesn't mean that it makes crappy tires. The Crugen Hp71 is an all-weather touring tire that is made to provide good performance throughout the year without making any compromise on the ride quality & noise levels.

The Crugen Hp71 tire feature a unique tread pattern that is specifically made to adapt to various terrains & weather conditions which is why you won’t have any problem traversing through light snow, rainwater & dry patches. One expects to see cost-cutting measures in budget products, but the Hp71 tire also retains the traditional double steel structure at its core to provide maximum structural integrity at higher speeds. Lastly, the 6-year tread life warranty serves as icing on top of the cake making the Crugen Hp71 an attractive tire for someone not wanting to spend $300 or more on a single tire.

Now that we have established that all-season touring tires are best for Acura MDX, it is high time we discuss what makes touring tires the best choice for such crossovers & SUVs. The first reason is the relatively affordable price tag of such tires which, needless to say, is one of the most important purchasing factors when buying a tire or anything for that matter. The affordable price tag further pays off in the long run because touring tires, unlike performance tires, last longer and ultimately provide you with better value for money in the long run. For instance, a normal touring tire is good to go for 30,000 – 50,000 miles, whereas a grand touring tire will easily last 50,000 or more miles.

Driving experience and the overall comfort level matters a lot for any tire, especially for a tire made for a premium crossover like the Acura MDX. This is where you'll need to keep an open eye because not every touring tire is made using the same standards. Cheaper Chinese tires would obviously not provide a plush driving experience, so it's better to stay away from them. Keep in mind that the plush driving experience will come at a certain cost, so be ready to spend some money on a reputable tire brand, otherwise, you will regret your decision for a considerable amount of time.

Lastly, touring tires won’t disappoint you at higher speeds, the rigid steel belts at their core provide all the structural integrity to comfortably reach legally allowed speed and beyond. In conclusion, all-season touring tires provide all the capabilities under one roof and thus are a great choice for the majority of Acura MDX owners.

Winter tires are the way to go if you are living in an area that receives frequent snowfall in winters.

Winter tires aren’t particularly useful after extreme winters, but many people think that an all-wheel-drive vehicle won't need winter tires even in extremely cold conditions. This is one grave misunderstanding and under extreme circumstances can cost someone his life. Go for studless winter tires even if you are driving the AWD version of the MDX, this is because their tread pattern and grooves are best able to counter the ice on road, providing you with ample traction even on thick icy road conditions. Avoid studded winter tires because they not only damage the roads but are also banned in some states. Studless winter tires are more than enough for normal to severe icy conditions.

Summer tires should be preferred if the car is to be driven in hot weather conditions.

Hot weather makes the tires prone to ruptures, which is one reason why shredded tires are a common sight on highways. The increasing temperatures around the world have increased the demand for summer tires since they are better equipped to handle heat radiated from the roads on hot summer days. Furthermore, summer tires are ideal for optimum grip levels for warm & hot weather driving and are miles ahead of all-season tires in this regard. Their increased resistance against scorching hot asphalt provides peace of mind and the ability to drive longer & farther in extreme summer conditions.

Performance tires are the best choice to get the most out of your performance luxury Crossover.

What better way would there be to explore the dynamics of your high-performance V6 powered crossover than a set of sticky performance tires. Unlike a popular misconception, performance tires are not just limited to supercars or coupes, in fact, they are increasingly becoming popular for luxury & high-performance crossovers and SUVs like the Acura MDX. The main reason why they are the best choice for someone wanting to get the best out of his pricy car is their grip. Their impeccable grip levels are unmatched which allows the car to stay put even at the trickiest corners. However, be prepared to say goodbye to tire tread earlier than normal tires because of the softer compound used in the manufacturing process which ultimately provides performance tires with high gripping capability. 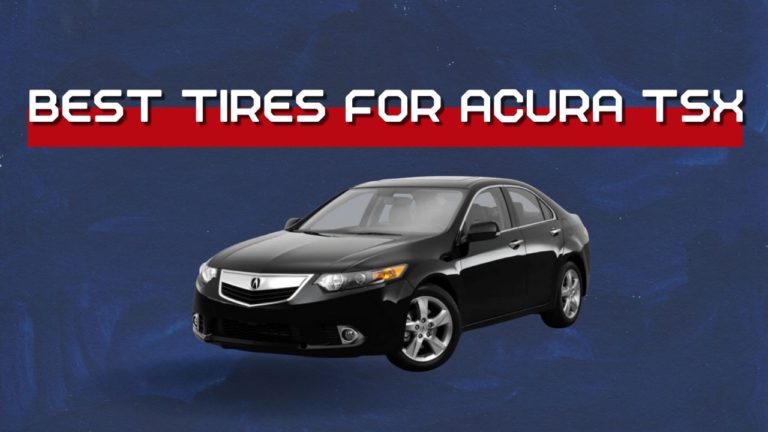 Tires on a vehicle are its sole communication with the ground. Tires can have a significant impact on a vehicle’s driving dynamics. There is no one perfect tire for every car, driver, and environment, so choosing the right tire compound, dimension, and tread for your vehicle can sometimes be a bit confusing. Most of the…