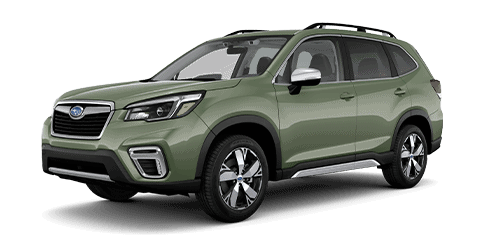 The humble Subaru Forester is a no fuss all-wheel drive crossover SUV aimed at people who are a tad more rugged, who like venturing into the unknown and want to have something that they can depend on.

The Forester is nothing but pure utility, and people who buy those want a simple car without many bells and whistles, but still be comfortable, reliable, roomy, and the last but certainly not least dependable.

To achieve that, a Subaru Forester needs a good set of tires front and rear. Tires are a strong limiting factor of the Forester, seeing how the platform is highly capable. With this in mind, let’s look at some tires for the Subaru Forester.

The engineers over at Falken did a fantastic job with the Wildpeak A/T Trail, making it a tire capable of hitting some trails but still remaining thoroughly composed on tarmac. This is possible thanks to their clever use of tread pattern design, making the tire’s shoulders highly capable at off-roading while making the center compliant enough that it can be used on the road.

The tire blocks are very angular with many sipes translating into a tire which is also capable of being driven in the winter. Wear should also be fantastic, sporting a treadlife warranty of 65,000 miles. Overall, the Falken Wildpeak A/T Trail is a solid tire choice.

Its downsides are that, while you are getting a tire capable of driving both on the pavement and off-road, they aren’t fantastic in either condition. They will perform adequately if driven sensibly regardless of conditions, but don’t expect unbelievable amounts of grip.

Noise is quite intrusive, with no added technology aimed at reducing it. On top of this, the compound is quite soft, so expect summer performance on torrid days to be less than adequate.

If you are more inclined on using your Forester for off-roading rather than pavement driving, then the Open Country A/T III from Toyo Tires is the choice for you. This tire was built initially with mud and gravel in mind, and regular tarmac usage as an afterthought.

The tire blocks are blocky and angular, with wide grooves in between them providing the tire great traction in the mud or puddles. The sidewall is also quite solid, providing good puncture resistance but low overall comfort.

Due to its distinct tire block design, the noise is quite apparent and obtrusive when driven at highway speeds. Performance on wet pavement is poor, having too little of a contact patch thanks to the large grooves and it can’t get a proper grip on regular asphalt. Overall, a tire suitable at driving on the tarmac every now and then, but right at home on gravel or on a rugged trail.

The Yokohama Geolandar CV G058 aims to bring clever engineering into an affordable product. Overall, the tire is highly capable on the dry and wet, performing marvelously in both conditions. Comfort is surprising, being very plush and having the ability to neutralize all the road’s irregularities thanks to its soft sidewall.

Noise generation is significant but blended into an unobtrusive white noise, unlike most tires thanks to a highly variable tread pattern. The performance in the wet is stellar thanks to the multitude of medium-sized sipes tasked with removing the water found on the contact patch.

Its winter performance is poor. Snow traction isn’t there and ice performance is lacking. It is capable of driving on snow in a pinch thanks to Subaru’s AWD layout, but more shouldn’t really be attempted. Overall, a capable all-season tire, suited for climates where winters are rainy and don’t see ice nor huge amounts of snow.

The Firestone Destination LE3 features a very distinct looking tread pattern which is aimed at all kinds of weather. It has a big diagonal grove along the center of the contact patch aimed at propelling water outside its contact patch, with smaller sipes on each block to remove water locally.

The tire also has plenty of zigzag sipes aimed at softening the tire up during colder weathers. The rubber compound has moderate toughness which provides a long 70,000 miles treadlife warranty. Traction in dry conditions is alright and definitely a strong point of the tire.

Thanks to its toughness the tire is however a bit on the rougher side, not obtrusive, but apparent. Noise generation is also quite significant, having no technologies that aim at reducing that noise. Snow performance could be better if the tread pattern was slightly different, but still better than most of its rivals.

A few special shoulders help with the tire’s handling and overall feel, which are placed inside the grooves produced by the tire block. Wet performance is adequate thanks to the many sipes built on the tire blocks and its distinct grooves.

They are the most comfortable tires out of the bunch, but they are quite expensive. This price doesn’t add a significantly better winter performance; however, it adds to its overall handling. Noise generation is significant, thanks to those special shoulders used to increase comfort.

Thanks to a special V pattern, tough compound and some clever usage of sipes, the people over at Michelin made the CrossClimate2 a proper all-weather tire. Be it summer or a medium dusting of snow, the CrossClimate2 has plenty of traction.

In the summer, it is aided by the large contact patch provided by the shoulders and due to its solid rubber compound, while being helped in the snow by the V-pattern. Water performance is okay and fairs decently well against a bigger puddle.

The feedback from the road is almost nonexistent, thanks to the same V-type tread pattern. Ice grip isn’t there, but this is where the Subaru Forester can help a bit. Also, the tire is quite expensive, being one of the priciest tires out there.

To compete in the all-weather range of tires, the engineers over at Goodyear tried to make a tire situated right between an all-season tire and a dedicated winter tire. As such, the Assurance WeatherReady is more suited for colder climates which see more snow, while the CrossClimate2 is suited for hotter climates which see less snow.

The tread pattern has multiples sipes, plenty of edges the snow can bite to, some clever addition of lateral sipes, and some added shoulders in between the tire blocks’ grooves. All of these are features of a capable tire regardless of conditions.

Where the tire starts lacking is in the comfort department. Noise is quite significant, albeit dull, and the ride is quite harsh. On top of this, the tire is quite expensive, being on par with the CrossClimate2.

Thanks to some clever bit of engineering, Yokohama made a tire very capable both in the snow but also on the ice. Thanks to the usage of small edges on the tread block, the tire can get plenty of grip on ice, behaving similarly to studs.

These edges also provide plenty of traction on the snow itself. The grooves are very wide, and the tire blocks have many angular edges which further increases traction in the snow. Compound is soft and malleable providing with good ride quality overall.

However, thanks to those edges, the tire loses its performance quite fast. If you drive these tires directly on tarmac, you will wear those edges in the blink of an eye. Dry performance isn’t great to begin with, so there isn’t a good reason to use this tire on dry tarmac. Noise generation is also significant, letting quite a bit of noise inside the cabin.

A tire built for the harshest of winters. The Continental VikingContact 7 presents a distinct snow-oriented V-type pattern with an interesting tire block configuration. There are plenty of small zigzag sipes aimed at softening the tire up even more in freezing temperatures. Ice breaking is adequate and respectable, comfort levels are impressive, especially when noise is concerned.

The problem of the VikingContact 7 is that the wear rate is quite bad, many owners reporting that it wears quite a bit before its age. To add a bit of salt to the wound, the tire is also quite pricey, so expect to pay a pretty penny for supreme winter performance.

Thanks to your AWD, you can get a way a bit in regard to the tire. With this in mind, an all-season tire will be fine if you don’t see thick snowfalls or torrid summers. If cold weathers or warm weathers are starting to be apparent, get an all-weather tire. They are more reliable in more extreme temperatures, and thanks to your AWD, the performance won’t be lacking during wintertime. However, summer performance can’t be significantly improved by AWD, so try getting an all-season tire heavily oriented for summer driving if you have hot summers and wet winters. A softer all-season or all-weather tire will be shred down if driven in warm temperatures and it can become quite dangerous, even with your trusty AWD to back you up.

As tires generally go, get a tire suitable for your climate and where you specifically live in. Even if a tire is cheap and it’s good in the wet, that doesn’t necessarily mean that it will also be adequate in the snow or on regular dry tarmac. Also consider all the climates that you will face with the car, not just where you drive locally. If you plan on heading up north during winters, get a set of all-weather tires at the very least. If your climate doesn’t allow you to do that, then get a set of winter tires and a set of summer tires.

This is mostly the case for people who live in the coldest of climates with snow reaching multiple inches in thickness, or for people who see 100F on a regular basis. While a competent car, the Subaru Forester isn’t a “get out of jail for free” card. To get the best performance out of your trusty car, get 2 sets of tires dedicated for two seasons. Your car will thank you. If summer tires aren’t available, get the best all-season tires aimed at summer driving and you’ll be perfectly fine.

When picking a set of tires, always think carefully of what kind of weather you see most often. Heavy rainfall will result in a tire highly capable in the wet, be it a summer or a winter tire. Icy winters might require a studded tire, because while getting off the line in your Forester is easy, stopping is fair game and your AWD doesn’t really affect breaking in any capacity.

The winter performance of an all-terrain tire is quite similar to that of an all-weather tire. If you already have a set of all-terrain wheels used in the weekends for trailblazing, then you can surely use that if the winter is moderate. That can be done thanks to their tread pattern and rubber compound, those being very similar to those of a winter tire. Where the differences end is at the sidewall strength, where the all-terrain tire is significantly tougher. 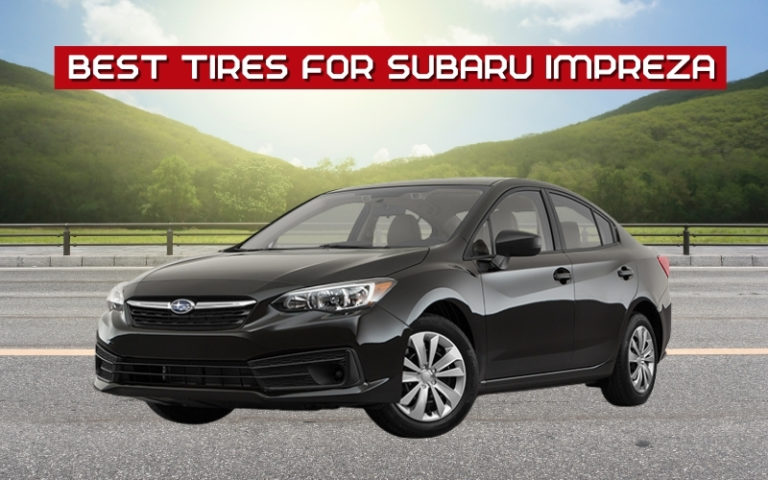 Subaru Impreza has a reputation for the best performance and handling, and its outstanding driving dynamics and handling can mostly be credited to its symmetrical all-wheel-drive system. But the mid-sized compact sedan that boasts an incredible 152 hp and 145 lb-ft has its great handling and driving dynamics coming from the tires.   No doubt…

There aren’t many cars as versatile as a Subaru Crosstrek. They allow you to carry a lot of items with you, can venture into the great unknown, are comfortable on longer distances, aren’t complete gas hogs, and can easily carry a whole family. Such an adaptable car requires the best tires it could get. Not…